Chronic Bronchitis Relief is right around the corner…

Forget You Ever Had Chronic Bronchitis…

Has your bronchitis lasted several months or years causing you a lack of sleep and fatigue?

Have you received many different kinds of medications and antibiotics that didn’t provide you with lasting relief?

Have you visited specialists who subjected you to multiple tests and given you all kinds of medications, all to know avail? 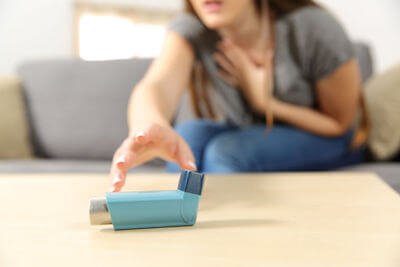 You can finally get rid of inflammation, congestion, chest pain, chronic cough, and phlegm.

You may not know that these debilitating symptoms are all caused by various infections and toxins in your body.

These can be embedded in your sinuses, lungs, trachea, bronchioles, pleura, diaphragm, and mouth.

I’ve discovered that all cases of chronic bronchitis have been caused by hidden infections lodged in various parts of the body and toxins that were never suspected to have been there.

I have developed a unique examination process to determine the exact root cause of each case of bronchitis.

I have created protocols to develop specific remedies targeting the exact infections and the exact toxins that have been affecting all my patients.

If you have been diagnosed with chronic bronchitis and are looking to receive rapid and profound relief from your symptoms, click on the link below and make an appointment at my clinic.

You will soon experience a life devoid of chronic bronchitis and debilitating discomfort and chronic lung problems which have aggrivated you during your days and have kept you awake at night.

Here’s an Amazing Transformations of one of my Clients…

Before: Arlene 62 years old from Ireland.

When Arlene came to see me, she “had” been suffering with chronic bronchitis for many years. For more than 10 years, she lived aggravated because of a non-stop cough all hours she was awake, she attempted sleep in a sitting position which helped sometimes to reduce the constant cough, and she also lived with a low grade fever every day for many years.

She was anxious and depressed because her symptoms interrupted her days and nights. She had to sleep in another room because her constant coughing kept her husband awake at night too.

During the day, her energy levels were low and she was embarrassed by constant coughing.

She has seen many doctors and has been tested for flu for tuberculosis malaria and even AIDS.

She experienced biopsies all of which came back as inconclusive.

She has seen many specialists and lung doctors who prescribed her various steroids, medications, and antibiotics.

These medications did not work.

Arlene was at the end of her rope when she showed up at my clinic.

When I examine Arlene, I quickly discovered her body was filled with infections and multiple toxins.

I found that her lungs were filled with aspergillus and other fungi.

She also had mold so that was affecting her lungs for a great many years which probably came from house dust particles.

When I examined her bronchial tubes, I discovered they were filled with cryptococcus fungus, and Giardia fungus.

This is what caused her a low-grade fever.

BEFORE: All the Infections I found causing havoc in her body...

Her lungs were infected with:

When I developed a customized protocol, with powerful drops to enhance her ability to finally get rid of the infections I uncovered, she quickly experienced massive sustainable relief from her symptoms.

Her coughing frequency and severity decreased by 55% and soon after, she experienced the 100% recovery.

Her cough was gone and she could sleep all night without waking up. Her phlegm production disappeared and so did her low-grade fever.

Her energy levels increased massively, and as a result, she felt optimistic and much happier than she had been for a great many years.

Arlene’s rapid health restoration is a testimony to the power of my methods.

My methods work for people with chronic bronchitis because I look for the underlying causes of the inflamed respiratory tract.

My unique process allows me to detect infections and toxins which normal medical procedures never look for.

Based on my unique exam findings, I develop potent protocols, unique to the individual patient. What makes these protocols so powerful is the safe liquid drops provided which enhance the person’s ability to disinfect their lungs and other tissues that have been infected for many years.

This is why every patient I have ever seen always experienced a rapid and profound relief fo their symptoms.

Frequency of cough decreased by 55% in her first 2 months

2nd protocol provided her another dramatic decrease in her cough frequency

You can be rid of chronic bronchitis and rapidly recover.

To achieve that, you must think outside of the box allowing you to determine the root cause of your problem.

When you follow my specific protocols, you will experience rapid and profound relief of your symptoms.

You can now take your power back and a full control of your health!

“When I saw Dr. Herman for my first examination I could barely breathe! I was gasping for air for 8 months! I was coughing constantly day and night. Medications did not help. 7 days into my 1st protocol, from Dr. Herman, my cough stopped and my shortness of breath stopped! He is amazing!”

“I traveled more than 4,000 miles, across the North Atlantic Ocean, to see Dr. Herman because his message made complete sense to me. The relief I have finally felt, after only 1 protocol from Dr. Herman, is remarkable.”