Are you Debilitated by Chronic Fatigue Syndrome?

Do you want to regain high energy levels quickly and be rid of the debilitating effects of Chronic Fatigue Syndrome?

Can Be Erased from
Your Life…

You’ve been plagued with extremely low energy, weakness, malaise and lack of motivation. Possibly, like many with CFS (aka Me/CFS) you suffer unbearable muscle aches and pains.

You may even be depressed because you feel as if your life has been passing you by.

You are in a survival mode, desperately trying to cope with the daily activities.

Your social life has been deeply affected.

Getting yourself into bed has been the most welcome thought on a daily basis.

You have probably have seen doctors and specialists, tried alternative healing methods, supplements, dietary changes, meditation, and even psychotherapy.

None of these alternatives really worked.

Now is the Good News.. 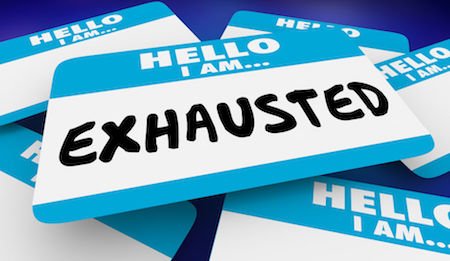 It is a logical result of multiple infections and toxins lodged in your body.

These infections and toxins can reside in your brain, in your kidneys, or your adrenal glands.

Your thyroid may be infected, and so can be your bone marrow.

Your skull can be carrying toxins, and your blood vessels can be infected.

I have discovered that 100% of chronic fatigue syndrome (Myalgic Encephalomyelitis), which has now morphed the diagnosis term from CFS to ME/CFS sufferers are really suffering from chronic hidden, low-energy causing infections and toxins.

I have developed drops which help you enhance your body’s ability to erase these infections and toxins.

Countless patients I have treated have experienced a profound and rapid relief of their chronic fatigue and often accompanying brain fog symptoms. And, even better news is, the symptoms did not return!

When Robert came to my clinic, he had been suffering with chronic fatigue syndrome for more than 20 years. He was perpetually exhausted, experience mental fog, and had to take frequent breaks on the couch.

His doctor put him on thyroid medication. He lived for many years with asthma-like symptoms.

Upon my examination, I discovered a plethora of infections throughout his body, and an overload of toxins accumulated over a period of over 30 years.

His infections were centered in his spinal fluid, ravaging his central nervous system, which directly caused his brain fog.

His lymphatic system and his brain was saturated with Epstein-Bar virus. Upon closer examination, I found a high concentration of dental mercury in his brain, accompanied by lead, cadmium, and other heavy metals.

When I looked at his lungs, I discovered Lyme infection, rickettsia and bartonella bacterias, as well as mercury, dental lidocaine, and Round Up weed killer.

His stomach and pancreas were filled with parasites. His adrenal glands were infected with adenovirus, influenza, and Epstein-Bar virus.

All these toxins and infections severely compromised his body and robbed him of vital energy.

After I administered my exclusive chronic fatigue treatment protocols to him, his energy levels increased by over 80%.

He defied all medical predictions and now lives a healthy abundant daily life.

His energy levels remain high and so does his outlook on life.

He doesn’t need to nap throughout the day and became much more productive. He is also a lot happier.

Energy levels increased by over 80%

High energy levels throughout the day

Is a lot happier

Your body is a magnificent working machine.

When it doesn’t work properly, it’s merely giving you symptoms that something is disturbing the homeostatic state of well-being.

I’m like Sherlock Holmes, tediously researching every possible cause of your discomfort and able to pinpoint the exact underlying cause.

With my drops in your protocols, you will quickly regain your optimal vitality, high energy, and optimal health.