HAVE YOU BEEN COMPROMISED BY CIDP?

If you have been diagnosed with CIDP, you’ve been suffering with numbness and tingling in your body.

Most likely your arms, hands, and feet became severely weakened compromising your ability to hold things in your hands and walk normally.

Chances are, you’ve lost your balance and find it very difficult to stand up on your own or take care of necessary daily activities.

You have probably have seen many doctors and were told you had an autoimmune disease, for which you’ve been prescribed steroids, immunosuppressant medications, plasmapheresis, and IVIG.

You may have gone the alternative care route and radically changed your diet.

Most likely these methods provided you little or no relief. 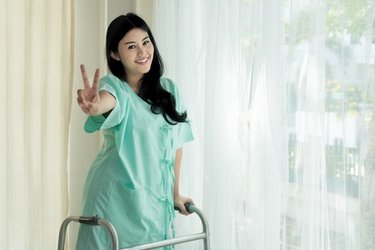 I have discovered CIDP is caused by hidden toxins and infections that can be located in many different parts of the body.

One reason for your symptoms is that your immune system may be actively attacking the infection of your myelin, creating the demyelination.

It is also possible that an hidden infection in your nervous system may be causing your symptoms.

My unique method allows me to rapidly pinpoint the root cause of your symptoms, and quickly begin to stop the process of demyelination, so that your nerve tissues begin to repair, and your own glial cells begin to reproduce the myelin.

I have helped thousands of patients regain the normal function in their body.

Here’s An Amazing Transformations of 2 of my Clients…

When I met Lizette, she has been living with CIDP for a year. After a year, she had lost her ability to walk on her own and had to depend on a walker.

She has been suffering for a year. By the time she saw me, she had lost her ability to walk on her own without a cane or a walker.

She we exhibiting a drop foot of both ankles and feet which were curling in and severely painful.

She described extreme spasms, pain and numbness, and a los of sensation.

Before seeing me, she had seen many doctors, including a neurologist, and nutritionists.

She has been on strong medications which provide her with zero relief.

I helped Lizette regain 100% of her sensations and motor functions within a few weeks after she started care with me.

Lizette suffered for 1 year, with CIDP, prior to getting on my program.

That entire year before my care she was under the care of neurologists from U of M and a team of neurologists in Jacksonville, Fl. Both groups of doctors only prescribed her medications which provided her zero improvement.

Early on in my work with autoimmune disease I believed what I provided Lizette was the one size fits all approach to helping people reverse CIDP.

Because Lizette responded so dramatically to the program I provided I was convinced I could help everyone with CIDP get well.

Functional Medicine approach and Brain Based therapies along with a Gluten and Dairy Free diet and major use of Glutathione antioxidant is what I provided her. And again, she responded rapidly.

After I witnessed Lizette’s amazing 100% recovery as a result of my care for her, which included total reversal of her bilateral drop foot to a 100% normal function…and complete rejuvenation of her sensations in her legs and her feet, I believed at that time (around 2014) that the same Gluten Free diet and dairy free diet, lectin free diet, glutathione therapy with other functional medicine and functional brain based therapies were the answer for ALL patients with CIDP to recover motor control of their limbs and normal sensations in their body.

Yet, quickly, after trying the same “thorough” strategies with the next patients with CIDP, I realized there was/is something much more complex about CIDP…which I had to explore.

And on my journey over the next several years of diligent studies I did find and develop the way to help people with CIDP heal. Just watch and read the next example of another amazing 100% recovery of another woman who was diagnosed with CIDP.

Read the next testimonial discussion and watch the videos below to embrace the real possibilities of reversing CIDP after medications have not worked.

Her improvement was dramatically obvious within one week.

She was able to walk without a walker.

Got rid of the numbness and did not have the bilateral drop foot any more.

Her improvement was dramatically obvious within one week.

She was able to walk without a walker.

Got rid of the numbness.

She did not have the bilateral drop foot any more.

Before: Edna from Tennessee.

When I met Edna, she was barely able to stand up.

She couldn’t get up by herself and needed a constant help from her husband.

She had a bilateral drop of both feet and severe numbness from her waist down to her toes.

As a result, she was not able to take care of her basic needs such as brushing her teeth or dressing herself.

She lost her ability to drive.

For all practical purposes, she was a cripple.

When I examined her, I quickly discovered several infections and toxins lodged in her body.

Her glial cells which are fundamental to the central and peripheral nervous system contained severe Lyme infections, Rickettsia, Dengue Fever Virus and mercury.

Her myelin was infected with Lyme disease and Rickettsia.

What I discovered in her body:

Her glial cells, which are fundamental to the central and peripheral nervous system contained:

Her myelin was infected with:

When she took my remedy drops, she got rid of all her symptoms, an extraordinary restoration which astounded everyone who knew her.

This has reaffirmed my belief that conventional medical thinking is inadequate, and help exists in the zone outside the box.

All her symptoms of CIDP disappeared.

Her extraordinary restoration astounded everyone who knew her.

She was elated with her rapid results.

If you’re suffering from CDIP, rest assured you can completely erase it from your life.

Rapid Restoration System works and you can rely on it.

Book your appointment today if you want to see the same dramatic results you’ve just read about.