Overwhelmed by Depression and Anxiety?

Depression and Anxiety Can Be Squashed…

You are on this page because you’ve been suffering a deep emotional pain.

You’ve been trapped in a perpetual cycle of hopelessness, futility, and fear.

Your body has become weakened and your mind massively slowed.

You feel as if your brain capacity was cut in half, and every day simple activities became next to impossible.

You feel misunderstood and alone in the darkness that seems to have no bottom. 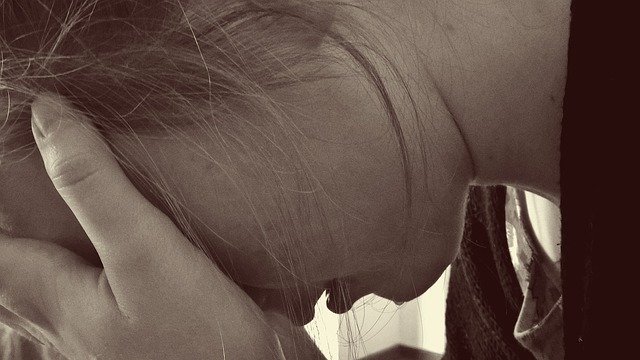 Depression and anxiety can be easily be squashed.

I discovered that these deep emotional problems, related with brain chemistry changes, are actually linked to a proliferation of previously undiagnosed infections and toxins lurking in various parts of “your brain” and your body.

These infections and toxins have a cascading effect upon the workings “of your emotional controlling areas of your brain”, and even your entire body as a system.

You are a sum of all your parts and if one part doesn’t work, the others stand a great chance of not working properly.

After my research in brain, neurochemistry and immunology,” I developed a system “that allows me to pinpoint the causes of stress in the brain”, and help you to rapidly remove these causes from your brain and your body.

Thousands of my patients have regained an optimal emotional balance having completed the protocols that I specifically prescribed for them.

If you are looking to get a fast and sustainable relief from your emotional problems, book an appointment at my clinic by clicking on the link below.

When I saw Emery, I met a child with Down Syndrome, a Type 1 diabetic, developmental problems, and autism.

She was able to say one word, maybe 2 words put together. Anxiety overwhelmed her days and nights.

She was continually clinging to her parents and was afraid of people she didn’t know.

When I examined Emery, I discovered multiple infections in her brain.

She was able to say one word, maybe 2 words put together. Anxiety overwhelmed her days and nightsHer corpus callosum contained dimethyl mercury, and MMR vaccine.

Her amygdala, which regulates mood was infected with Group B streptococcus bacteria.

In other words, the part of her brain which controls panic and anxiety response has been compromised by infections.

Because her corpus collosum was also infected, her neurotransmitters could not be properly transmitted from one section of the brain to another.

When I developed the protocols to eliminate these infections and toxins, she started recovering really fast.

Her anxiety is gone and her vocabulary massively increased.

She can put words into a sentence and is able to sing along to music in the car.

Her anxiety is gone!

She can put words into a sentence and able to sing along to music in the car.

When Charla came to my clinic, she reported a lifetime of depression and anxiety that were severe.

She had been medicated for depression and anxiety for many years, and attended therapy session with a psychiatrist.

When I examined her, I discovered a significant amount of various infections in her brain.

She had streptococcus bacteria and Epstein Bar virus in her cingulate gyrus part of her brain, severe scabies infection, Candida Albicans, and lidocaine dental anesthetic in her reticular formation and hyppocampus, which controls her memory.

3
Her Condition:
Years with medications
Years with Psychologist
years with group therapies

When I examined her, I discovered a significant amount of various infections in her brain:

When I treated Ms. Abbott with my protocols, she reported her depression Gone!

Her hopelessness went away as did obsessing.

Her anxiety was reduced by 85%

Her hopelessness went away!

Her obsessing went away!

Her anxiety was reduced by 85%!

Depression and anxiety are not as difficult to get rid of as we were told.

I developed a powerful diagnostic tool which allows me to pinpoint the exact root cause of your depression and anxiety, which is hidden infections and toxins affecting your body.

I’ve also developed specific and very precise protocols to rapidly remove these infections and toxins from your body, leading to a rapidly optimized emotional state.

If you are serious about returning to good health, make an appointment at my clinic by clicking on the link below.

This will be the beginning of a very different rest of your life.

“Now she can put together a 3 word sentence spontaneously…She also started singing songs with a couple words in there. That’s very exciting us. There was no word when she was listening to a song. Now, she’s putting a couple words in that song that she’s singing.”

I tried everything. I’ve done just about everything all the different diets…Everything. I was in psychiatry in that system for over ten years with no improvement really. Everything kind of got worse… Now I feel 85% better if not more because I’m not hopeless. All these things have lifted. I’m just very grateful!