A new approach to developmental disorders

Developmental disorders can be tackled in a whole new way…

You are probably on this page because you or a loved is living with a developmental disorder such as ADHD, Asperger Syndrome, Autism, Cognitive impairment or Childhood Apraxia.

They may be severely lacking in communication skills, social, and motor skills.

You may be witnessing emotional upheavals such unexplained rage and anxiety.

They have been sent for physical therapy, occupational therapy, special classes, and trainings.

They may have been put on specialized diets, all to no or little avail. 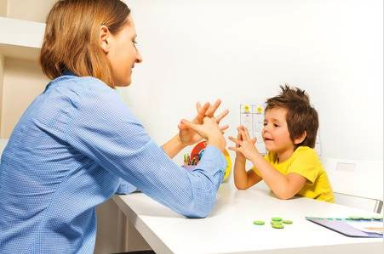 The Good News for Developmental Disorders and Autism Is...

There is a whole different approach to helping patients with developmental disorders.

I discovered that with thousands of patients from autism, Down Syndrome, and other developmental disorders, these conditions were hugely exacerbated by hidden infections and toxins in the brain and in the body.

With my unique Rapid Health Restoration System, I am able to pinpoint these infections and remove those.

Here’s 2 Amazing Transformations of my Clients…

Before: Emery Dyck, 3 years old with Down syndrome.

Emery Dyck is one of my memorable patients. When I first met her, she had been diagnosed with Down syndrome and was not able to form words.

As a result, her Mother had to guess how she felt. The child was experiencing severe anxiety and was very scared of people visiting their home.

She was always clinging to her parents and not wanting to let go.

I examined her to find multiple infections in her body.

Her frontal lobe was severely infected with Borrelia Burgdorferi and the Epstein-Barr Virus.

I also discovered a significant amount of dymethalmercury in her frontal lobe and her Corpus Callosum which originated from the multiple vaccines.

Because she had such toxic levels of dymethalmercury in her Corpus Callosum, she was impaired in her ability to relay brain signals back and forth, which directly impacted her normal function.

During my examination, I discovered severe concentration of the vaccine chemicals the ponds of her brain, and the tissue inside her brain stem.

These vaccine toxins were also present in the reticular formation inside her brain directly leading to the impairment in her speech and other body functions.

Basically, the vaccine chemicals were depressing a large percentage of her central nervous system.

My findings revealed the following:

Borrelia Burgdorferi in her frontal lobe

Dymenthalmercury in her frontal lobe and her Corpus Callosum

Epstein-Barr Virus in her frontal lobe

After the first round of treatments, Emery was able to form five to seven word sentences.

She was able to sing two songs in the car while her anxiety completely vanished.

She became friendly and waves at people.

All these changes happened because the frontal lobes of her brain, which are fundamental for communication, cognition, and memory were relieved of the toxins and infections that plagued her for most of her life.

Significant increase in her vocabulary

More confident and clinginess is gone

When Oynx was brought to my clinic, she was acutely impaired.

She had a severe speech delay, to the point that no words were coming out of her mouth.

She had no core strength and no facial expression of any kind.

In addition, she was fainting 10 times a day, requiring her Mother to give her CPR.

When I examined Onyx, I immediately found Xylocaine, a local anesthetic injected to her Mother during a C-section.

That epidural chemical was transmitted to the child through the umbilical cord to many areas of her brain.

It went into her diencephalon, the hypothalamus, the cortex of her brain and even into her large intestines and kidneys.

As a result, her brain function was severely impaired, directly leading to her lack of speech development, a lack of core strength, and her frequent fainting spells.

In addition to Xylocaine, I discovered another anesthetic, called Verced that was affecting her brain.

The capillaries were infected with Candida Tropicalis.

Here is what I found in her body:

Xylocaine anesthetic in her brain, kidneys, and large intestine

Verced anesthetic in her brain

Candida Tropicalis in the capalleries of her brain

In a short period of time, her fainting spells disappeared, and she gained normal facial expressions.

She started speaking and gained a memory function, allowing her to understand the stories her Mother was telling her.

The dramatic improvement Onyx has experienced is what hopes are made of and what gives me such a joy in doing the work I do.

She began speaking words for the first time

From blank stare to focused attention

“We are in shock at how amazing Emery has responded to Dr. Herman’s protocols.

Her anxiety disappeared just a few days into her protocol. She now forms sentences. Before that was impossible.”

Developmental disorders are caused by many factors. The most overlooked and profoundly significant factor is toxins and infections in the nervous system, including the brain.

When these toxins and infections are removed, many patients experience drastic improvement in their overall functionality, and significant progress on the developmental scale.

I have helped thousands of patients regain significant functionality in their speech, motor skills, including dexterity, social skills, and overall ability to learn.

I’ve taken this approach through my extensive studies of the brain neurochemistry, neuroimmunology, toxicology, epidemiology, endocrinology and other medical sciences.

Combining this vast and complex knowledge with an understanding of the progressive developmental stages in a “normal human” allowed me to create a unique, protocol based Rapid Health Restoration System.

I’m excited about the vast potential of this extraordinary method that always yields significant results.

If your loved one has been diagnosed with developmental disorders, Rapid Health Restoration System may be just what you’ve been looking for.

To book an appointment at my clinic, click on the “Start Here to Book Your Appointment” button and get this process started ASAP.