What if you discovered you could easily and rapidly erase torturous migraines from your life forever?

You are on this page because your life has been turned upside down by persistent and debilitating migraines.

Sometimes your pain was so bad that you felt like throwing up. You took all kinds of medications, experienced MRI’s, blood tests, and even psychiatric help.

All to no avail. 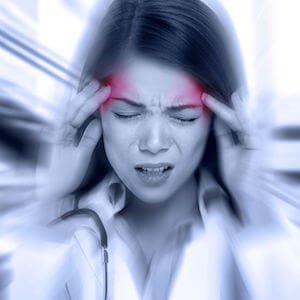 I have discovered the root cause of chronic debilitating migraine headaches. I have been studying this illness and when I found the root cause, I was able to immediately help thousands of migraine sufferers.

The root cause are hidden infections and toxins lurking in your body.

These infections and toxins never get diagnosed because doctors have not been trained to look for those.

With my unique method, not only can I pinpoint the exact infections and toxins you are debilitated by, but also have created specific protocols to rapidly remove these toxins and infections.

Thousands of my patients are now living a life completely free of the debilitating pain and suffering migraines caused them.

Here’s An Amazing Transformations of 2 of my Clients…
Patient 1 Transformation
Before: Valjean Dixon, 67 years old from Honduras.

When I saw Valjean, she was desperate. Her entire life was dominated by spontaneous, excruciating and persistent migraines.

For 40 years she has been experiencing torturous pain that continued throughout days and nights.

She reported not having a single day without a migraine headache in 40 years.

Over the years, she has seen countless experts, doctors, and naturopaths. She has received various treatments and was prescribed various medications, including drugs to relax her.

When I examined her, I discovered multiple severe infections throughout her body.

She has had Epstein-Bar virus, parasites, Lyme infection in her brain, and severe mold in her capillaries.

This prevented proper levels of oxygen in her brain.

As a result of the infections listed above, her brain suffered constant, subtle inflammation not noticed with regular blood tests or brain imaging studies, which in turn caused unbearable migraine pain for 40+ years.”

Her immune system was also activated because it is programmed to try to eliminate these infections. Immune system activation also can lead to inflammation of the brain and cause migraine pain.

My unique dental examination revealed a piece of a root of a molar, which had been extracted nearly 4 decades earlier, was pressing on a nerve in her jaw which referred pain to her brain.

We had a dedicated dentist safely remove the root from her jaw. This alone provided her a some reduction in her migraine pain.

This has been causing infection in her body for years.

3
She had severe infections throughout her body.

As a result, she couldn’t get normal oxygen levels into her brain, which created huge stresses on her brain.

Her immune system was activated to combat these infections, which created additional stress on her body.

A piece of the root of her molar tooth was left in her jaw that was causing infection in her body for years.

When I created her protocols, and she started taking them, her symptoms rapidly disappeared.

Her migraine headaches and nausea vanished.

After her second visit, I removed the influenza virus from her lymphatic system and intestines.

I also took out the Candida from her capillaries and her brain, which generated extraordinary rapid health restoration.

Her migraine headaches and nausea vanished.

Removing Influenza virus from her lymphatic system and intestines, and Candida from her capillaries and her brain, caused her to rapidly experience extraordinary health restoration.

Andria came to see me because she had exhausted all the possible avenues of help, to alleviate persistent migraines and debilitating nausea, which she had suffered with for many years.

Throughout the years, she had seen numerous medical doctors and various experts who promised her a cure.

She took many medications and underwent expensive and sophisticated tests.

Despite having spent thousands of dollars, none of these therapies worked.

When I tested her, I quickly discovered multiple infections inside her body that were the root cause of her suffering.

3
What I discovered in her body:

When she started taking my specially formulated remedies, she experienced health restoration.

Her migraines completely disappeared, and so did her nausea.

This result has been sustained for now almost three years.

No nausea and sustained now for 3 yrs.

No shortness of breath or tightness in her chest anymore

If you’re suffering from persistent and severe migraines, you are in the right place.

I found the way to rapidly help you recover your normal pain free life. All you have to do is book an appointment at my clinic by clicking on the link below.

“I’m happy to report that as soon as I started the first protocol my migraine headaches went away immediately, never to come back, my energy level went up that it was scary because for the first time I had so much energy I organized our master bedroom walk in closet in one day and I didn’t crash afterwards.”