Are you Being Shattered by Seizures?

You are reading this because you’ve been crippled by unexpected and sudden terrorizing seizures.

If you have been diagnosed with Grand Mal Seizures, you’ve probably received heavy medications or have been told you suffered from electrolyte imbalance.

If you have not received a traumatic brain injury (TBI), your condition has been caused undiagnosed infections and toxins lodged in your body.

The Good News is… 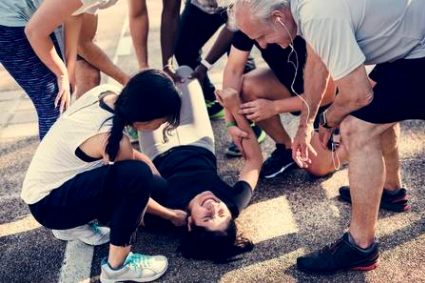 Seizures which were not caused by traumatic brain injury (TBI) can be easily stopped if the underlying infections and toxins are removed from the body.

Rapid Health Restoration System allows to pinpoint the exact infections and specific toxins that have been causing your seizures.

With my unique method, I can help you rapidly remove these infections and toxins, leading to a rapid annihilation of your seizures.

If you want to regain full control of your neurology, book an appointment by clicking the link below.

Here’s an Amazing Transformation of One of my Clients…

Elias was brought to my clinic by his young life was being completely destroyed by persistent seizures, which spontaneously occurred 10 times a day.

These were Petit Mal seizures.

Those occurred when he was three years old, a few months after he was involved in a car accident.

He was secured in a car seat and no head trauma occurred.

First, immediately after the accident he complained of horrible headaches which persisted daily for the next 3 years.

The doctors prescribed him various anti-seizure medications which only increased the amount of his seizures.

And they leaped from 10 times per day to 20 times per day, and when they occurred they lasted for a longer amount of time than before.

There came a moment when the seizures became so severe that his eyes were rolling back in his head and he was excreting blue foam from his mouth.

Doctors requested to raise the dosage of his anti-seizure medication, which already caused his Petit Mal seizures to worsen and become Grand Mal seizures.

His heartbroken Mother who watched helplessly as her son’s condition worsen with the medication decided not to increase the dose.

When I examined the little boy, I discovered multiple severe infections in his nervous system and his body.

His cerebral spinal fluid contained Eastern Equine encephalitis virus which was also in his cerebellum.

His cerebellum was also infected with the Zika virus which caused a disturbance in the regulation of many of his brain functions.

The brain itself contained Dengue Fever, while his Red Nucleus in his upper brainstem was filled with the Zika Virus, which was also infecting his amygdala of his brain.

That in itself causes a misfiring in the brain which can lead to seizures.

I discovered multiple severe infections in his nervous system and his body.

His cerebellum was also infected with:

The brain itself contained:

His red nucleus was filled with:

That in itself causes a misfiring in the brain which can lead to seizures.

I quickly prescribed a safe, effective, and customized protocol for him to follow, which resulted in spectacularly impressive results.

His protocol contained liquid drops which helped him enhance his body’s ability to rid those infections and restore better brain function.

Two weeks before he started his protocol his mother stopped giving him the anti-seizure medication.

He quickly went down from more than 20 seizures a day, every day, to only 3 seizures in three months!

And the severity of the 3 seizures in the 3 months were less severe than the original Petit Mal seizures.

His Mother decided to stop his anti-seizure medications.

When he stopped eating any sugar, the seizures completely stopped.

On top of this, his headaches completely disappeared.

He and his family saw spectacularly impressive results quickly.

He rapidly went down from more than 20 “Grand Mal seizures” “a” day to only 3 minor Petit Mal seizures in three months!”

The results were so great, his Mother was able to stop his anti-seizure medications.

After also stopping the intake of sugar, his seizures completely stopped!

Seizures, which are not caused by traumatic brain injury, can be eradicated by removing underlying infections and toxins lodged in the body and the nervous system.

I have seen thousands of patients whose seizures stopped as a result of taking my unique and specific remedies.

Rapid Health Restoration System works because it is not only precise, but uniquely designed to cater to every individual patient.

If you’re suffering from seizures, and want to naturally stop them, this system is for you.

Book your appointment today and get started on your path to rapid health restoration.