If You Want to Claim Freedom from Depression, Anxiety, and other Emotional Problems, Your Answer is Here….

What IF Eliminating Serious Emotional Problems Was Really Quite Simple?

You are on reading this because you’ve been plagued by debilitating emotional problems. Your life felt as if you were in prison from which there was no escape.

You may have seen psychologists and psychiatrists who prescribed mood altering drugs, which only flattened your emotions but did nothing to help you claim your emotional freedom.

I have discovered the root cause of most serious emotional problems and the way to get rid of those.

The Good News is… 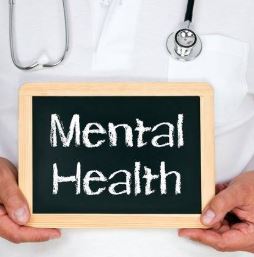 Having studied multiple medical sciences, and having worked with thousands of patients, I discovered the solution to most deeply rooted emotional problems is eliminating specific infections and toxins lodged in the brain.

I have found the method to diagnose and locate these infections and toxins, and created specific protocols to eliminate them.

These protocols work extremely fast and every patient I have treated found rapid and profound relief from even the most severe emotional problems.

Here’s 2 Amazing Transformations of my Clients…

When I saw Emery, I met a child with Down Syndrome, a Type 1 diabetic, developmental problems, and autism.

She was able to say one or two words put together and suffered from sever anxiety.

She was continually clinging to her parents and was afraid of people she didn’t know.

When I examined Emery, I discovered multiple infections in her brain.

She was infected borrelia, burgdorferi bacteria, Epstein Barr virus, and influenza residing in her brain.

Her amygdala, which regulates mood was infected with Group B streptococcus bacteria.

In other words, the part of her brain which controls panic and anxiety response has been compromised by infections.

Because her corpus collosum was also infected, her neurotransmitters could not be properly transmitted from one section of the brain to another.

When I developed the protocols to eliminate these infections and toxins, she started recovering really fast.

Her anxiety is gone and her vocabulary massively increased.

She can put words into a sentence and is able to sing along to music in the car.

Her anxiety is gone!

She can put words into a sentence and able to sing along to music in the car.

When Charla came to my clinic, she reported a lifetime of depression and severe anxiety.

She had been medicated for depression and anxiety for many years, and attended therapy session with a psychiatrist.

When I examined her, I discovered a significant amount of various infections in her brain.

She had streptococcus bacteria and Epstein Bar virus in her singulate gyrus part of her brain, severe scabies infection, Candida Albicans, and lidocaine dental anesthetic in her reticular formation and hyppocampus, which controls her memory.

Years with medications
Years with Psychologist
years with group therapies

When I examined her, I discovered a significant amount of various infections in her brain:

When I treated Ms. Abbott with my protocols, she reported her depression Gone!

Her hopelessness went away as did obsessing.

Her anxiety was reduced by 85%

Her hopelessness went away!

Her obsessing went away!

Her anxiety was reduced by 85%!

Watch More Transformational Testimonial from
Depression and Anxiety Without Medication…

I have helped countless patients, like her. They all report similar extraordinary results. They are the reason I am so excited about my work.

If you are serious about returning to good health, make an appointment at my clinic by clicking on the link below.

This will be the beginning of a very different rest of your life.

“Now she can put together a 3 word sentence spontaneously…She also started singing songs with a couple words in there. That’s very exciting us. There was no word when she was listening to a song. Now, she’s putting a couple words in that song that she’s singing.”

I tried everything. I’ve done just about everything all the different diets…Everything. I was in psychiatry in that system for over ten years with no improvement really. Everything kind of got worse… Now I feel 85% better if not more because I’m not hopeless. All these things have lifted. I’m just very grateful!